The digital revolution has opened numerous technological avenues for agents to connect with consumers and strengthen their relationships with existing clients.

With so many digital channels out there, though, it can be difficult to determine which ones offer value for your business. So to clear through the muck, we’re focusing on two of the most prominent photo-sharing apps – Instagram and Snapchat – to highlight the benefits of each for your real estate business.

Instagram is the grand daddy of photo sharing apps, and for good reason – its growth over the last six years has been stratospheric. In its first four years, Instagram gained more than 300 million users, and according to new research from eMarketer, the app has only continued its growth since then. In 2016, it is anticipated that 89.4 million Americans (or 31.4 percent of mobile phone users) will use Instagram at least once a month, and by 2017, 51.8 percent of social media users will be logging on to the app’s network; and Instagram is especially popular with Millennials – by 2019, two-thirds of Millennial smartphone users will snap, share and socialize on the app.

Given those numbers, it makes perfect sense that real estate agents would jump into Instagram, and there are many professionals using the app in creative ways. Notable uses include: 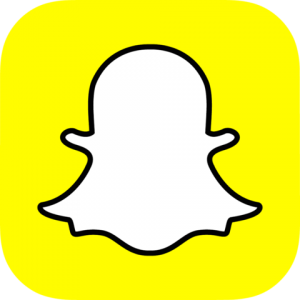 Snapchat
Snapchat – the photo messaging app that allows users to send temporary messages and video to friends – has racked up some very impressive statistics since its Sept. 2011 launch, including:

Clearly, many people are using Snapchat, especially the Millennial generation. Do those eye-popping stats, though, suggest that the app would be useful to real estate professionals? The National Association of Realtors recently tackled that question at its Emerging Business Issues & Technology Forum at the 2016 Legislative Meetings & Trade Expo in Washington, D.C., and its conclusions were, at best, mixed.

Amy Smythe-Harris, the chair of the Emerging Business Issues & Technology Committee, explained that Snapchat is not a conventional social media tool with a wide, public-facing interface; rather, it is a one-on-one communication tool, and that apparatus does not naturally lend itself to real estate. After all, 30 percent of Millennials using Snapchat have admitted to doing so because their parents are not on the network.

At the same time, though, Jacy Riedmann, who is a member of NAR’s Social Media Advisory Board, advised agents to not ignore Snapchat completely. Social media platforms, she said, are in a constant state of flux, so it is likely that Snapchat will implement new features in the coming months – some of which may lend themselves well to real estate.

And as Smythe-Harris said, even if agents are not using Snapchat now, the teenagers who are using it will be buying homes in 15 years, and the app’s structure will likely influence those teens’ future communication preferences.